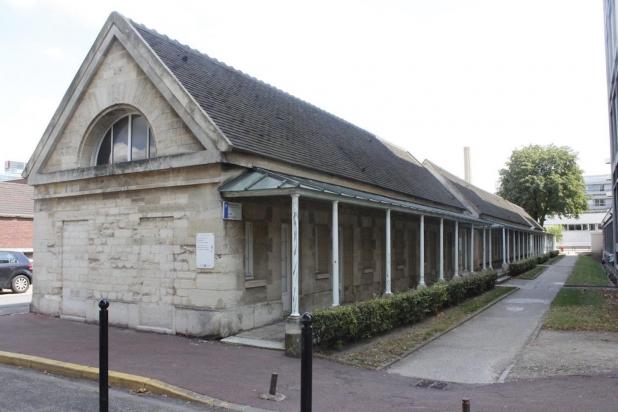 A wing of La Salpêtrière Orphanage/Prison in Paris where Anne Roland Bordelon was held before being forced to migrate to Louisiana where she became the ancestress of one of the largest families of Avoyelles Parish. Sites such as this are among those to be visited. 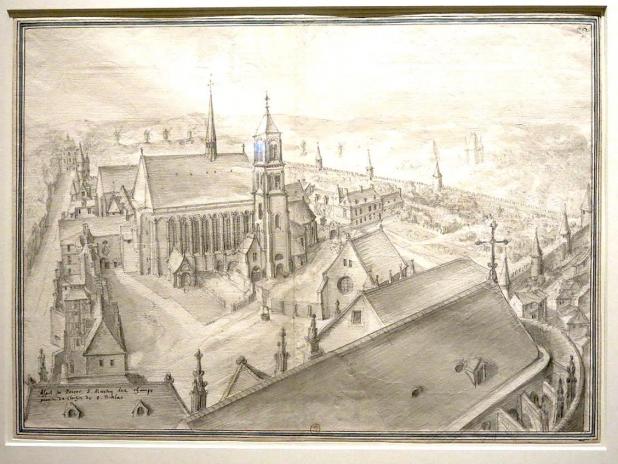 1642 drawing of St. Martin des Champs in Paris where 184 couples were married before being sent to Louisiana.

A unique tour of France on the original Louisiana colonists has been announced that is of special interest to Avoyelles Parish families.

The April tour will commemorate the 300th anniversary of Louisiana’s first major wave of migration with a reception at one of the ports where the families departed on sailing ships from France for the long voyage. It will also feature off the beaten path areas of France associated with the colonists, along with sites in Paris associated with Avoyelles and Louisiana ancestors.

Sturgell has Avoyelles and New Orleans roots and currently lives in Tennessee. She has organized sold-out tours and genealogical events in Avoyelles and Pointe Coupee parishes. Now, with her expertise in Colonial Louisiana ties to France, she is pin-pointing exact sites of interest in France.

She plans for the group to visit many ancestral towns, walk in the steps of their ancestors, visit the churches in which they worshiped and, in many cases, see the actual baptismal font where ancestors were christened.

Sturgell is taking names of those interested in the tour so she can tailor the final path and stops to their interests. Efforts will be made to visit as many ancestral sites as possible, and the itinerary will be primarily based on those who express an interest in this planning stage.

“This is truly a trip designed for anyone with Avoyelles roots,” she said.
The tour will be a mix of some traditional tourist sites and off-the-beat- en-path sites directly tied to Avoyelles and other parishes’ original settlers.

The first tour is set in April and concentrates on northwest France from Picardie to Brittany. Tours are also being designed for north and northwest France and the Alsace-Lorraine region. Depending on demand, there will be time within the tour to take a side trip to your ancestor's home town, if it is not included on the main schedule.

Saturday, April 17 Paris- Surnames include: Barbin, Bordelon, Rabalais, Rachal, Saucier and many others.

Thursday, April 23- Areas with ties to Gagnard, Goudeau, Broussard, Porché, Dugas, Guillot, Allain, Laurent, Picou, Pitre, Revet, Trahan and Valio families, among others, and a visit to the Musée de la Compagnie des Indes (Museum of the Company of the Indies) in Port Louis, where many of the ships departed for Louisiana.

Sunday, April 26- General area of the Department of Sarthe with ties to Normand, Gremillion, and Brou families as well as the 800-year-old Chartres Cathedral. Before ending the tour in Paris near the airport, they'll be a family stop associated with the Barbin family.

“We are making every effort to provide the trip at an affordable price,” Sturgell said. “However, we cannot determine price until we have an approximate count of the number of people who would like to make the trip. Once we have an estimate of the number of potential travelers, we will provide the cost and you will have the opportunity to decide whether or not you will make the trip.”

Between 1719 and 1721, dozens of sailing ships of the Company of the Indies brought many of these founding families of Louisiana from France. These families for the most part had contracted with the French to establish farms in Louisiana. Many signed contract for six years, after which they could return to France or receive a land grant if they remained. Other early colonists included orphans and prisoners who were forced to migrate.

Several thousand French, Germans, Belgians and Swiss signed up. Those that survived the harsh weeks at sea as well as the primitive conidtions of undeveloped Louisiana, were the ancestors of hundreds of thousands of descendants today.

Surnames mentioned above are just a few of the names that were established in the early 1720s in Louisiana. Some historians call these families Louisiana Pilgrims. It was not until the Acadians were exiled in the 1760s that another mass migration took place in Louisiana.