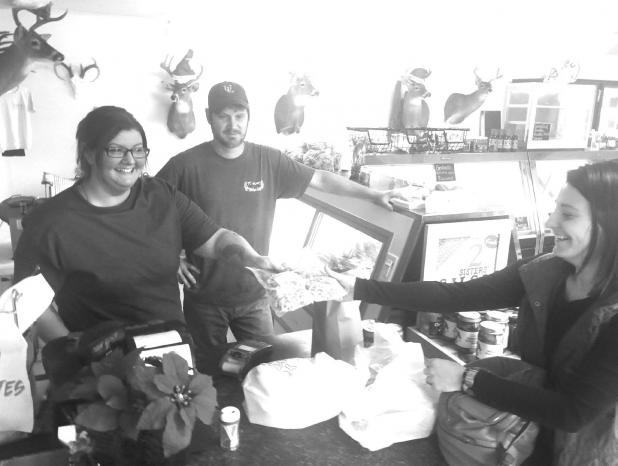 {Editor’s Note: Avoyelles is known for its outstanding local food. To celebrate that, we will periodically feature a local restaurant or amateur chef of this parish.}

T-Rak’s Specialty Meats in Bunkie has made a name for itself over the past 18 months as one of the parish’s favorite meat markets. Less widely known is that the business at 412 Northwest Main Street is also a small restaurant and caterer.

Owners Josh and Nicole Townsend always wanted to run their own business. After graduating college, both worked in other professions. Josh decided to take the plunge and open T-Rak’s in July 2016. Nicole helps when she can, but hasn’t quit her “day job” as a teacher -- yet.

“It was something we always wanted to do,” Josh said. “T-Rak’s started cutting meat and processing deer meat when we opened, but it has evolved more into a restaurant.”

Josh said the business still cuts and sells fresh meat, but now it prepares plate lunches five days a week and has other menu items for customers to choose from.

Plate lunches include beef, rice and gravy on Monday, pork stew on Tuesday, meatball stew on Wednesday, fried pork chops and white beans on Thursday and either garfish balls or crawfish etouffee on Friday. Each plate lunch is $7.99 and includes a drink.

“We can sit 15 people inside T-Rak’s, but the main part of the business is take out,” Townsend said. “Farmers and business people want to be able to grab a lunch and get back to their business.”

Catering is also a big part of the business, Townsend said.

T-Rak’s has about 30 items on its catering menu, including smoked brisket, jambalaya and gumbo.

He said he hopes to expand the business.

While the name conjures up images of a large, meat-eating dinosaur -- not a bad mascot for a meat market -- it is actually based on a more family-friendly source.

Since then, 4-month-old Kolten has joined the team.

The Townsends could have spelled the baby’s name with a “C” and changed the business’s name to “T-Rack’s.” Instead, “we’ll just let Kinslee and Kolten share the last letter,” Josh noted with a laugh.