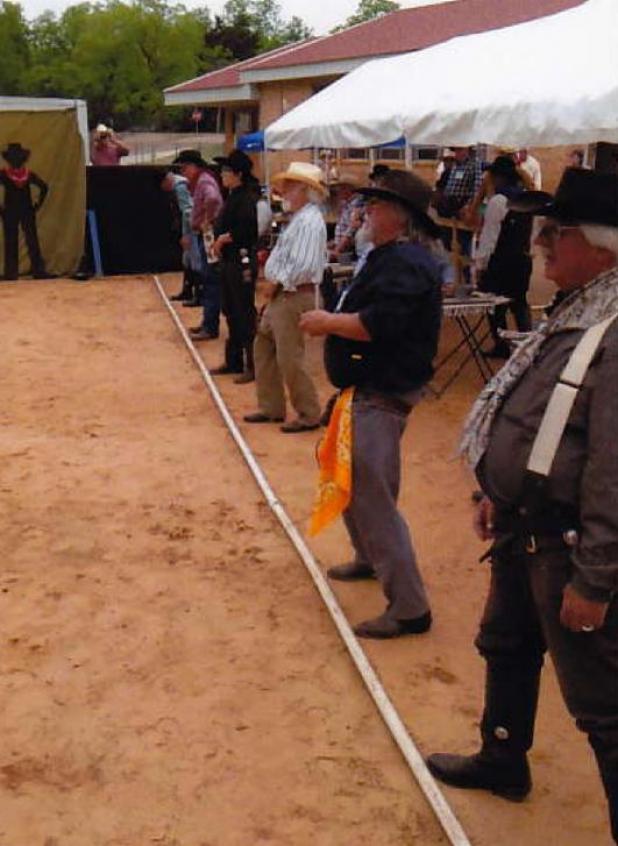 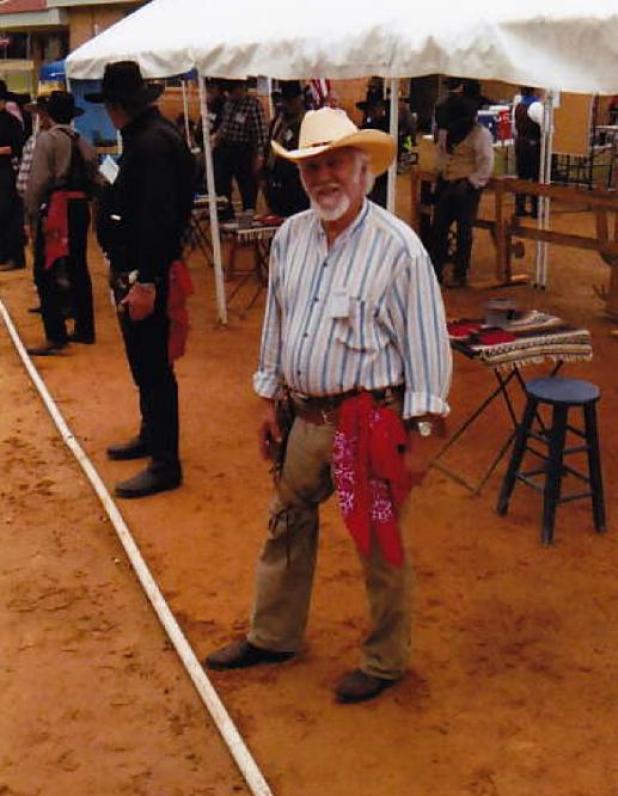 Some may see the participants as grown men and women just playing cowboys. And while the “gunfighters” at a Cowboy Fast Draw event are obviously enjoying themselves and trying to “stay in character” to have a good time, they get serious when it's time to shoot.

Roland Scallan of Mansura is this area’s most accomplished “cowboy shooter.” He joined a shooters group three years ago, although he noted that he had been shooting pistols all his life.

He placed fifth in the state championship two years ago, “but there were only shooters from three states,” he noted. That event was not a nationally sanctioned competition, he said.

In April, top shooters from 13 states -- from Virginia to Nevada and from Louisiana to Michigan -- met in Natchitoches for the first Cowboy Fast Draw Association-sanctioned Louisiana championship.

“I was competing against the best of the best,” Scallan said with a smile, “and they pretty much smoked me.”

Out of the 82 shooters competing, Scallan finished in the top 20.

The top three shooters were from Texas while the fourth was from Illinois.

Scallan’s average time during the competition was 0.55 of a second. His best time of the day was 0.492.

“I usually average just under a half-second,” he noted.

The winner’s average time was about 0.490 of a second.

They were shooting for $5,000 in cash and prizes. Perhaps more important than that was the bragging rights of being the Bayou State’s “top gun.”

All contestants must be in Old West costume and adopt a competition nickname. Scallan’s is Gator.

Those are some of the things that make the event fun for participants and spectators.

Scallan is a member of the Thorn Valley Shootist Society in Melder.

“I would like to be able to start a shooters’ club in Avoyelles Parish,” Scallan said. Right now, he is the only Avoyellean in the club.

“Cowboy Fast Draw is a fun, family sport where you compete for the quickest shooting time,” Scallan said.

During the competition, shooters stand 21 feet away from a 2-foot circle target with a small light in its center.

“You don’t know when the light will come on,” Scallan said. “When it does, time starts. Shooters draw their single-action Colt 45 pistols and shoot from the hip. No aiming.”

The organization’s website says “it’s about handshakes, camaraderie, a man’s word, morality and friendship, fair play and honest competition. Our credo is, ‘The Cowboy Way in action and deed.’”

The shooters fire wax bullets and the CFDA cautions against anyone attempting fast draw with live ammunition.

Scallan said one shooter in Natchitoches modified her holster, removing a protective metal piece at the bottom of the holster, and sustained a nasty bruise when she fired early and the wax bullet traveled down her leg.