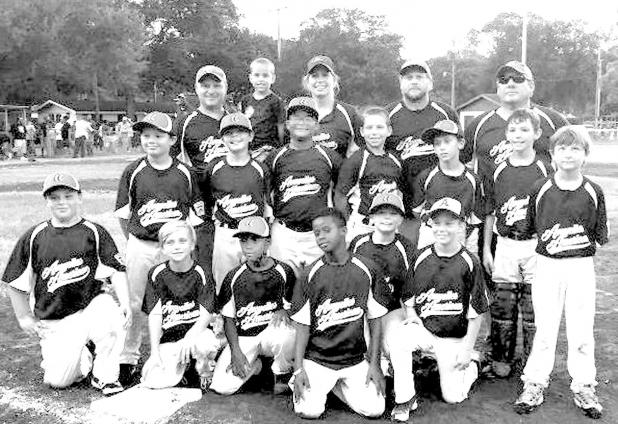 The Avoyelles 10-and-Under Little League team captured the Louisiana state title July 12, with a thrilling 8-7 win over Mid-City of Lake Charles. It closed out the all-star season for the team since there are no U.S. regionals.

The Avoyelles team had players from Hessmer, Cottonport, Bunkie, Moreauville and Plaucheville.

The victory was also the perfect birthday present for Head Coach Allan Miller. It was a winner-take-all game since the teams had split their previous two matchups in the state tournament.

“I told them before the game they could give me a great birthday present by winning the state championship,” Miller said. “The players fought hard in the game and rallied to claim the state title.”

The Avoyelles team was down 6-2 heading into the top of the fifth inning. They came back to score six runs to take the lead.

Jonah Chatelain delivered the big hit of the inning when he ripped a triple down the left field line with the bases loaded. Chatelain was also the starting pitcher and pitched 5 1/3 innings of the 6-inning game.

Mid-City scored a run in the bottom of the fifth inning to close the gap to 8-7.

In the bottom of the sixth inning, Mid-City put a runner on base, who later advanced to third base. With one out, Miller put Matthew Lacassin in the game as pitcher. After getting the second out, the Avoyelles defense saved the game. Mid-City hit a sharp ground ball to shortstop Ross Gaspard. Gaspard was able to field the ball cleanly and throw to first baseman J.D. Smith for the third out.

The team started its march to the state title during the week of June 25. Despite rainy weather in Bunkie, the team defeated Alexandria, 22-8, and Marksville, 27-0 and 7-4 to advanced to the state tournament.

The state tournament was held in Lake Charles. The team defeated Bossier City 5-3 in the first round. They advanced to the state finals with a hard fought 7-5 win over Mid-City. Mid-City fought back to make it to the state finals and forced the winner-take-all game with a 5-3 win over Avoyelles.

“Like I said, the players fought hard and never gave up in any game,” Miller said. “I’m proud of them and what they have accomplished. They will always be known as state champs.”