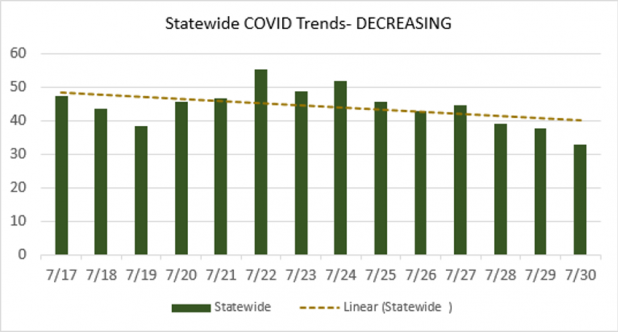 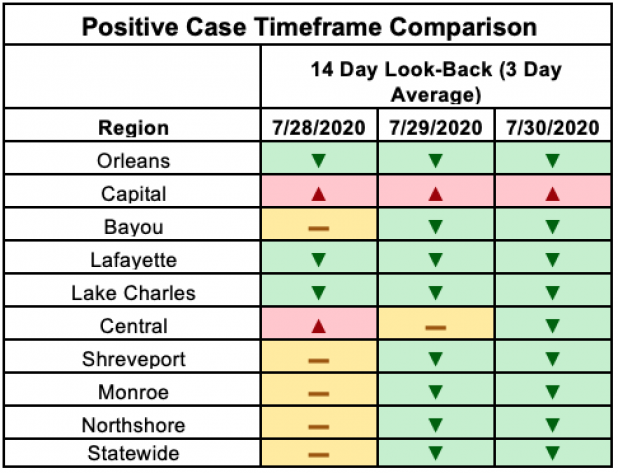 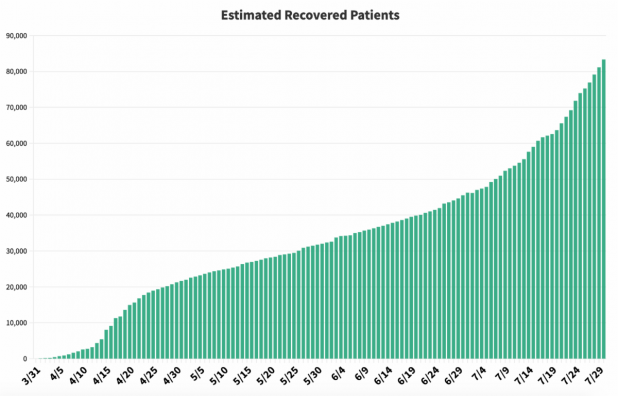 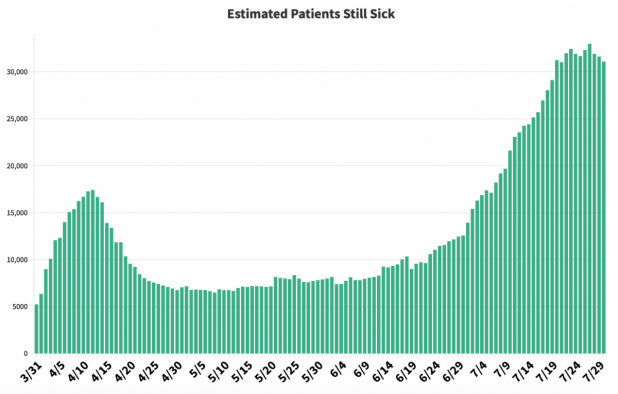 The surge is showing signs of abating. After weeks when most regions showed an increase in cases, the trend has finally swung back the other way. All regions are decreasing with the exception of the Capital region which is increasing.
The graphs in this report show the number of new cases per 100,000 residents over a 14- day period, which is a method used by the state. By calculating the cases according to population in this way, the results from region to region are easier to compare to determine the severity of the outbreak.
PAR uses an average of new cases over a three-day period to smooth out irregularities that could be related to reporting inconsistencies. (LDH also uses multiple-day averaging.) Then, a statistically derived trendline – in the form of a straight line -- is fitted to the data to gauge whether cases are increasing, decreasing or have reached a plateau, according to the CDC definition for each.

COVID-19 Recoveries:
While manually tracking each recovery case is time-consuming and difficult, it is possible to estimate recoveries. If we assume those that test positive recover after 14 days, we can create an estimate of the number recovered.

The number of deaths is also subtracted from the recovery total. This does not exactly match LDH's estimation methodology which also takes hospitalizations into account.