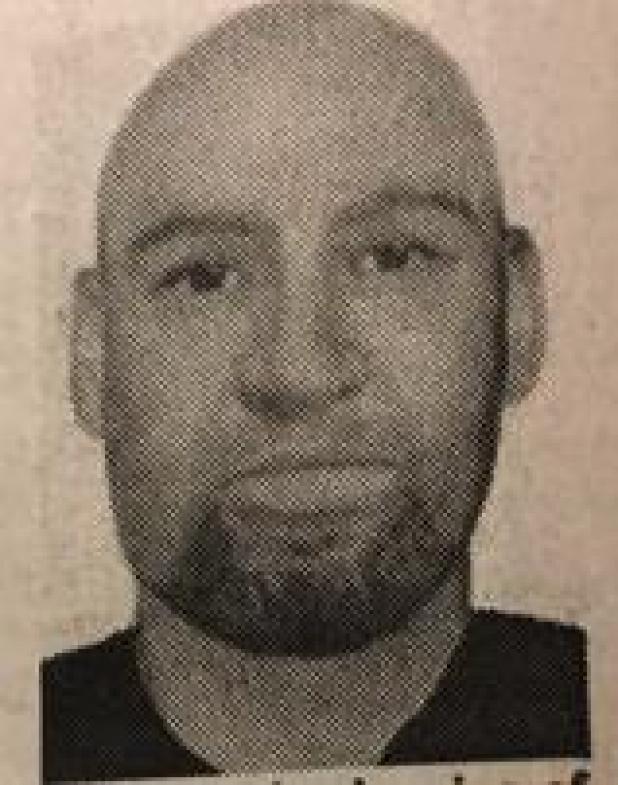 A body found floating in Spring Bayou in June 2009 is still unidentified 10 years later. The cause of death -- criminal, accidental or natural -- could not be determined. Investigators are renewing their attempts to identify the man, hoping new technology and techniques may solve this mystery. {FACES Lab composite drawing}

Finding a missing person or solving a baffling murder aren’t the only mysteries law enforcement officers face. Perhaps one of the most frustrating type of case is that of the unidentified body.

Avoyelles Parish’s oldest “unsolved mystery” is that of a body found floating in Spring Bayou on June 26, 2009.

The Avoyelles Parish Sheriff’s Office has recently indicated it would be re-energizing its investigation of that case in hopes that modern methods may yield new clues to the man’s identity.

All that can be determined to date is that the man was white and possibly Hispanic. Two boaters found the body floating in the water and alerted authorities.

The body had been in the water for about a week and was too decomposed to determine a cause of death.

For the past decade, he has been known only as “John Doe,” -- a name given to a victim in an investigation until their true name can be determined.

Martel said the case has remained open, but has been stalled for several years with no new leads.

“We were talking about old cases the other day and I asked if there was anything new in the Spring Bayou body case,” he said.

That’s when the decision was made to take another look at the case and try to see if new technology and tactics might provide answers to the 10-year-old mystery. Martel said there are theories as to what happened, but no solid evidence to prove what happened.

The man may have been murdered along Spring Bayou and fell or was dumped into the lake, Martel said. He could have been killed elsewhere and dumped in the lake as the killer drove through. He may have died of an overdose or of natural causes and fallen off a bridge. He may have gotten drunk and fell into the lake and drowned. “If they are correct and he is Hispanic, he could even be an illegal alien,” Martel theorized.

There was apparently no visible injury on the body -- no bullet hole, no blunt force trauma, etc. to give investigators an obvious cause of death.

“I don’t think he is local,” Martel said. “Nobody ever came forward and said, ‘So-and-so is missing. It could be him.’ I think if he was local, someone would have reported him missing.”

FACES did a composite drawing of the man’s face, based on his bone structure. The Baton Rouge Crimestoppers featured the case in September 2012, re-running the drawing.

The lab determined his height to be between 5-0 and 5-6 and estimated his age at 40 to 50 years old. He was wearing red Fruit of the Loom shorts with pockets. Nobody has ever come forward to say the person looks like someone they know who has been missing.

“We are asking FACES to run the DNA search again,” Martel said. “Maybe some additional information is available now.”

Martel said APSO may look into the possibility of using genealogy sites’ DNA databases to possibly find a family member of the unidentified man.

Bunkie genealogist Shera LaPoint recently helped identify a murder victim who had been unidentified for almost 28 years by matching a family member’s DNA to the unidentified woman’s.

‘CASE OF THE WOMAN’S FOOT’

Martel said there is another mystery that has stumped him over the years, that will apparently never be solved.

It could be called the “Case of the Woman’s Foot.”

“I believe it was in 2009, on the banks of Bayou du Lac,” Martel said. “Someone walking along the bayou found a tennis shoe. A little distance later they found another tennis shoe. In the second shoe there was a foot bone.”

Martel said the bone was sent to FACES, “but there was no DNA present. They said it is most likely the bone of a female.” The case was investigated, but no body was ever found.

Martel said the body may have entered the water in another parish and only the shoes remained in Avoyelles as the body was carried along.

They say “Everybody loves a mystery.”

That may be true for those who read detective novels or watch crime shows on TV, but those with the difficult task of solving those mysteries prefer the open-and-shut cases.