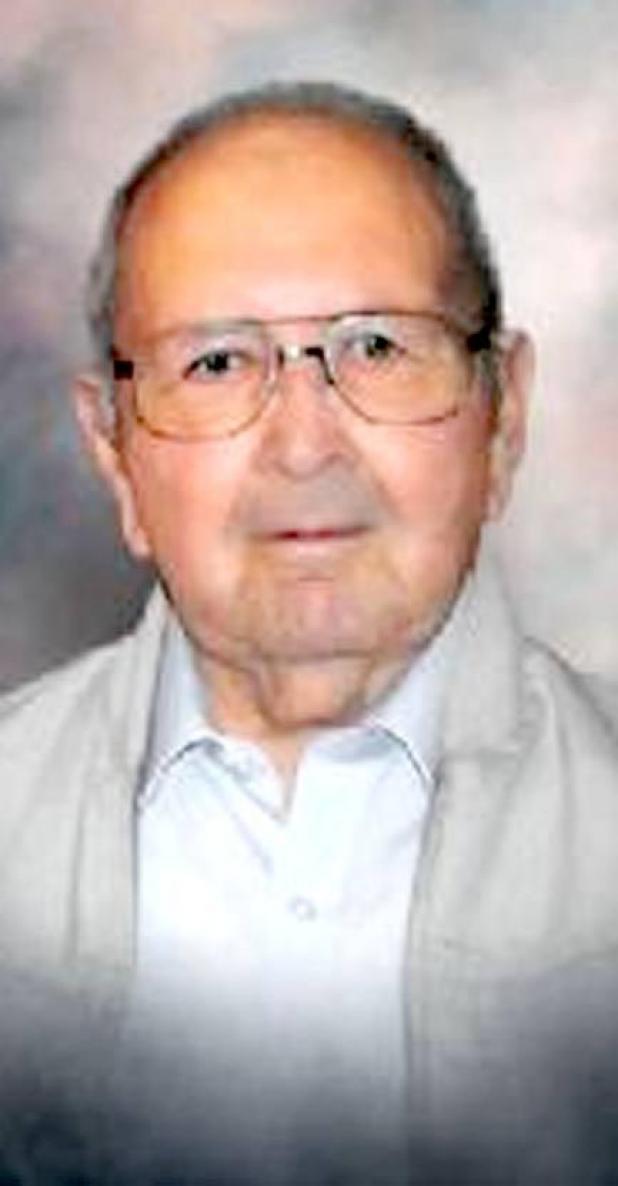 Roland Mitchel
MANSURA - Funeral services for Roland Mitchel of Mansura will take place at the St. Paul the Apostle Catholic Church of Mansura on Saturday, March 25, 2017 beginning at 11 a.m. with Fr. Irion St. Romain officiating. Burial will commence at the St. Paul Catholic Mausoleum. Funeral arrangements are under the direction of Escude Funeral Home.
Visitation will be held at the Escude Funeral Home of Mansura on Friday, March 24, 2017 from 5 p.m. to 10 p.m. and will resume Saturday morning at 8 a.m.
Roland Mitchel, age 91, was born on February 17, 1926 in Mansura. He entered eternal rest with family members by his side on March 23, 2017 at Hessmer Nursing Home. Born on February 17, 1926, Roland was a loving husband, father, grandfather and great grandfather. He was always willing to help anyone in need. His passion in life was spending time with his family, hunting, raising farm animals and gardening. He loved to share his produce with family and friends.
He served in the Navy in World War II on the USS Guam. He was a general contractor and went into business in 1969. In 1976, he joined the Lemoine Company until his retirement in 1988. Although he retired, he continued to take small construction jobs. He was a member of Lake Pearl Hunting Club since 1970.
His strong belief in God led him to attend daily mass where he was a member of St. Paul Catholic Church in Mansura.
He was preceded in death by his parents, Leonard and Anna Mitchel; brother, Henry Mitchel; and sister, Jane Mayeaux, all of Mansura.
Survivors include his wife, Patricia Mitchel of Mansura; sons, Richard (Joanne) Mitchel of Mansura, and Michael (Debra) Mitchel of Mansura; daughters, Deborah (Bruce) Courville of Hessmer, and Carol (Jay) Helminger of Mansura.; five grandchildren, Ashley (Greg) Coco of Port Allen, Erica (Milton) Ducote of Fifth Ward, Bryan Mitchel of Mansura, Jarred Mitchel of Mansura and Rachel Helminger of Mansura; seven great-grandchildren, Jeanette Coco of Port Allen, Halsey Coco of Port Allen, Millie Coco of Port Allen, Kenzi Ducote of Fifth Ward, Landon Ducote of Fifth Ward, Drake Mitchel of Mansura and Jaylee Mitchel of Mansura; and one sister, Janette Voinche of Mansura.
Lectors will be Ashley Coco and Rachel Helminger. Gift bearers will be Erica Ducote, Jeanette Coco and Halsey Coco. Altar servers will be Hunter and Alexis Rabalais. Pallbearers will be Wayne Mitchel, Bryan Mitchel, Jarred Mitchel, Neil Ducote, Tim Lemoine and Chad Helminger. Honorary pallbearers will be Ronnie Durand and Lonis Kelone. Cross bearers will be Cee Cee Ducote, Kenzi and Landon Ducote, Drake and Jaylee Mitchel and Millie Coco.